How to Let Go Of Control 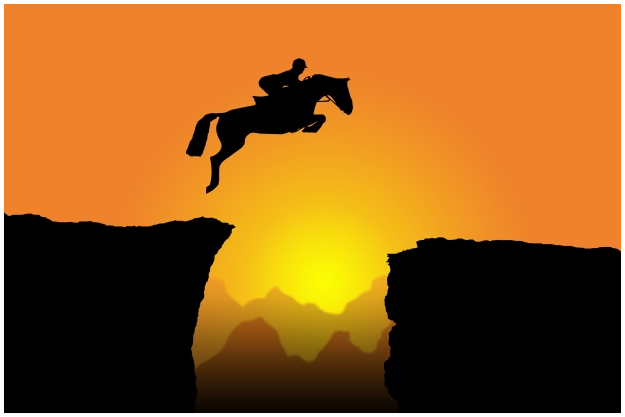 What would it be like to let go of some control and take that leap of faith in our lives? What have we been missing because we’ve been holding on so tightly to control? How tiring and unenjoyable has it been?

If you read my previous post called Perseverance Definition, you’re already familiar with the horse that I ride named Oscar. Horseback riding is quite fascinating and is such a great metaphor for life. Not only do you learn the technical aspects of horseback riding like grooming, tacking and learning how their gaits change when they go from walking to jogging to loping to galloping, you also learn to appreciate your own impact when interacting and communicating with this powerful and beautiful animal with it’s own distinct personality.

I’m recalling when I learned to go from a jog to a lope (or canter) with Oscar. When you first learn to lope, you shorten and take the reins with one hand and hold onto the pommel on the saddle for safety as the horse speeds up. When the horse changes gaits (going from jogging to loping), there is a moment of bumpiness when he speeds up and then finds his new gait. I remember my arm being so sore after that first ride from literally holding on so tightly.

Eventually you are asked to lope just holding the reins (without the safety of the pommel). When my instructor asked me to lope without the pommel for the first time, I remember my body tensing up anticipating the jerk forward when Oscar would speed up and the bumpiness until he found his loping gait. I thought I needed to hold on somehow or I was going to fall off so I became tense and the ride was extremely bumpy, painful and unenjoyable. My balance was also off because I was bouncing all over the place.

The trick to loping is that you have to not change your posture or position at all. The secret to letting go here is just to relax, sit back in the saddle and let him lead when he speeds up. Funny right? The exact opposite of what you think you should be doing. You think that you need to be in control of keeping yourself in the saddle, remembering to steer, remembering to ask him which leg to lead with all while anticipating the jerky forward motion when you ask him to lope and he starts running. It’s so hard to tell yourself to stop doing what you have been doing so “naturally” for so long and let go of control. When my instructor was telling me to not change my position, shorten the reins but continue to keep my hands low, sit back and just relax I was thinking “are you kidding me??”

However, when I took a deep breath and let go of that illusion of control (and I can tell you straight up it was a leap of faith – very similar to the feeling of jumping off the diving board into the deep end of the swimming pool for the first time in my life when I was a kid), and I felt him speed up and change gaits, the movement was fluid, the ride was smooth and my movements, balance and steering become intuitive and so natural that I didn’t even have to think about them. The ride was exhilarating and I honestly felt so connected to Oscar the horse. What I also noticed was the huge permanent grin on my face even long after the ride was over.

What would it be like to let go and just enjoy the ride a little instead of trying to predict and control everything in our lives? Riding Oscar reminds me to have confidence that in life (like horseback riding), I will intuitively know what to do when life changes gears and sometimes the answer is not to hold on more tightly but to in fact let go . . . and trust.