At What Point Do We Stop Believing In People? 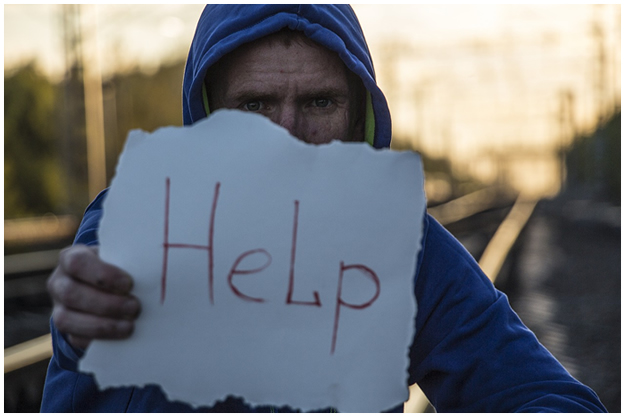 My husband and I were in Orlando, Florida recently and we had the opportunity to ride on the Walt Disney World Monorail between the Magic Kingdom and Epcot Center.

The car that we were on was pretty crowded with one couple that had a double-wide stroller with a toddler and a baby in the stroller. The stroller was positioned in a way where I couldn’t see the baby but the other 3 couples on the monorail were absolutely falling all over themselves in awe of her. It was so interesting to see how fascinated people were with her, ‘awww there’s a smile’ ‘she’s just so well behaved’.

At one point the sun must have been in her eyes because one of the men on the monorail said, ‘don’t worry I got it,’ and he awkwardly positioned his body in such a way so that it would block the sun from her eyes until the baby’s attentive dad slipped on a pair of baby sunglasses.

Why am I telling you this story? Fast forward to the day after when my husband and I were leaving the town of Celebration, a beautiful and picturesque community in Kissimmee when the light turned red and, our car slowed down, and eventually stopped beside what appeared to be a homeless man holding a duffle bag and a small sign that simply read – ‘anything will help’.

My husband turned to me and asked if we should give him something and I said yes and reached into my purse and passed over some money. My husband rolled down the window and handed it to the man.

As we pulled away, I started to tear up. I often have an emotional response to things but sometimes don’t know why until I have time to process it. The tears were in response to how ashamed I felt about the inconsequential things that we complain about on a day to day basis and how I imagined that this man was wondering where his next meal was coming from and how I felt I could have given him more.

But if I’m really honest, it also came from how ashamed I felt about how little I expected from him. How surprised I was when my husband rolled down the window and the man accepted the money and made it a point to lean over, so he could look me in the eyes and say thank you. I think back now and want to tell him that I’m the one who should be thanking him for reminding me how I had forgotten to honour one of my most important values – kindness. Kindness means different things to different people and the idea of being nice to people or generous just doesn’t cut it for me. True kindness for me is simply believing in people and seeing the best in them.

The connection finally came to me over these two experiences – the people fawning over the baby and going out of their way to make her smile, engage her, protect her, and the effortless way that they saw the best in her. Flashback over to the ‘homeless’ man standing on the corner where everyone in their cars was pretty much pretending not to see him.

At some point, this man was also a baby which made me wonder, at what point do we stop believing in people? For all we know, that baby could grow up to be the doctor who invents the cure for cancer or could also become a serial killer. For all we know, that man could have lost his job where he worked diligently for 20 years and eventually lost his family, his house and was too proud to ask for help.

I think the point to take away is I don’t know and will likely never know and that’s just 2 people in the world of 7.7 billion.

At what point do we stop seeing the best in people, in the person in front of us or beside us or even in the mirror. How does that impact us? How does it impact them?

What if we held onto the hope and believed the best in people like we do with new babies, imagining all the wonderful possibilities, without judging their life circumstances or the choices they have made?

I know that some of you are probably thinking well I’d get screwed over somehow or it will just be one disappointment after another, and yes, you may be right in some cases but what else is possible?

What if it’s that man on the street corner holding the sign who is the one who is going to find the cure for cancer? I am a coach, so I recognize that people are accountable for the choices that they make and the way that they respond to their life circumstances but what if the simple act of believing in them could help change the course of their life one way or another?

I know from personal experience that there were key people who believed in me when I didn’t believe in myself and the life-changing impact that it had on me. What if we can be that influence for other people?

What I suggest is that next time you see someone, see past their life circumstances (whether good or bad), their attitude, their shell and try to see the person. They aren’t that different from you or me, essentially needing the same basic things to survive – food, water, and shelter and sometimes just a little support.

What is possible if we believed the best in everyone that we meet from this day forward? What would be the global impact if we all did? What would you be capable of if you imagined that same belief was extended to you?