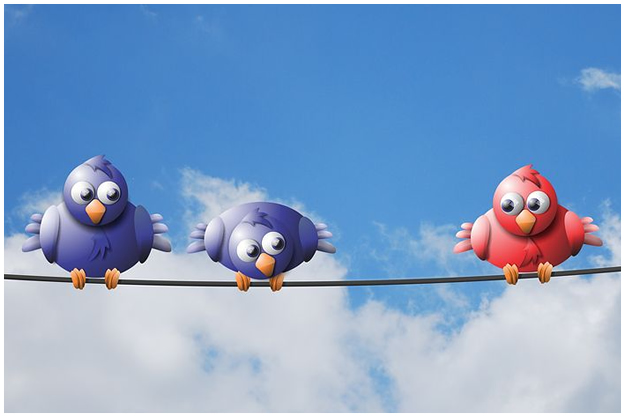 I remember once being at a friend’s barbecue standing in line putting food on my plate when one of the women there commented ‘no wonder you’re so thin, you eat so little’.  I didn’t perceive her tone to be particularly nice. I looked at my plate and then looked at her plate and thought that the amount of food on our plates looked exactly the same. I didn’t say anything but was thinking afterwards that I should have told her I eat quite a lot (ask my husband) and I also have been active and exercise quite regularly and have been doing so my whole life.  To be honest, it annoyed me a little that trying to be healthy and stay in shape to the best of my ability which takes time, effort, and discipline was minimized to me ‘eating so little’.

I’ve never wanted kids.  Even when I was little I knew it.  When I would daydream about my future, it would be that I had a career, was married, and had a nice, clean, clutter-free home.

In my experience as a woman, it’s been an interesting and at times challenging choice not to have children.  Although to my recollection I got married first before my friends, most of them got married and subsequently had children. There was a period where I would attend weddings regularly for a few years as we all do.  Then came the time where most of my friends were getting pregnant and having children.  When my friends were having kids, I was excited for them but felt they were going through a life experience that I could not fully comprehend, and that lack of shared experience was something that made it challenging for me to relate to them and for them to relate to me during that time.  It was a little lonely and even my friends out of complete love and affection for me often suggested that I have a baby.  It’s something that I could never relate to – having kids or the desire to have kids.  It’s often a conversation ender, to be honest and I’ve received lots of well-intentioned advice for all the wonderful things I’d be missing out on; that I was only thinking of what I’d be giving up versus all that I’d gain.

When my friends started having kids, it was driving my mother quite crazy.  She was relentless, trying every angle to get me to have kids. “What if you just have one?”  “I’ll watch your baby for you.” “You’ll regret it if you don’t have kids.”  “Why don’t we just go get tests to see if you can have kids.” “You’re not a real woman until you have kids.” She asked me once ‘don’t you get jealous when your friends get pregnant’ to which I replied – ‘no I feel happy for them and then happy that I don’t have to worry about having kids myself’.  She went from encouraging, bribing, berating . . . this went on for years.  She still brings it up, to be honest ????.

I’ve been very open and honest about how I feel my whole life.  Once I took someone out to lunch from work and they told me about how they struggled to have children for a while but then read this book that was incredibly helpful.  I listened with interest but didn’t realize that they were sharing this story because they wanted to lend me the book.  I smiled and said ‘oh thank you, but I’m actually not interested in having children’. I was a little bewildered as I was certain that I had already mentioned this in the past.  I asked a friend of mine whether she believed that people thought when I said I didn’t want kids, that it was perhaps to hide the fact that I was having difficulty conceiving – without hesitation, she said yes.  I found that very odd and a little insulting.  If I really want something, I’m pretty relentless in pursuing it.  Also, if I did want kids, adoption would be my first choice.

As I passed the ‘standard child-bearing age’ (although really nowadays I believe women are successfully having children much later in life which I think is amazing), I would be at events with relatives who would ask about kids and then ask how old I am and comment to one another ‘Oh she’s too old to have kids now’ which would totally piss me off.  I would say ‘I don’t think I’m too old to have kids, I just don’t want them’ but it really felt as though no one was listening to me.  Similar to the lady at the barbecue, I felt that my choice that I had been honest about, stuck to through all of the well-intentioned mom and peer pressure, that had taken away my ability to fully relate to a part of my friends’ lives, that I’m actually really proud and happy about, was negatively reframed as something that I could not do.  Perhaps that was not the intention, but that is how it landed (more than once).

When people tell me that I can’t do something, I’m often motivated to do that thing just to show them that I can.  That night I told my husband my annoyance and told him we’re going to have a baby just to show them that I am capable of having one (then we had a good laugh).  It was obviously a joke but the feelings that made me think of it were quite real.  It felt like I was being made to feel deficient for not having something that I didn’t even want.

It made me think, how often do we create and pursue goals based on pressure that we are feeling from other people or judgement that we are placing on ourselves?  How much of what we do is because we really want to versus for other people’s approval?  If you suddenly found yourself away from your family, friends and colleagues hopes and wishes, judgement and expectations, what would you want your life to include or not to include?  Would you maybe care less about certain things?  And more about others?  Like getting married?  Having kids?  Or getting divorced?  What title you hold?  Where the last place you vacationed was?  What you wore?  How new your car was?  How agreeable and likeable you were?

Here is how I get through the pressure of other people’s (perceived or real) expectations and judgements of me:

What pressures and judgements are you feeling (real or perceived)?  What career or life decisions have you made for other people? What do YOU really want?  What will it feel like when you achieve those things ?????